In a recent rapid-fire Q and A session on Instagram, @JimWendler was asked

He responded "Pro-biotic/enzyme is the main one. My wife is desperately trying to keep me alive so she gives me a few fish oils a day and probably a few other things. In general- eat fairly ok (don’t have to be strict, just smart) and train like you mean it (strong legs, strong lungs)."

Probiotic/Digestive Enzyme Combination-  was 100% correct.  No secret how important gut health is for reasons ranging from vitamin and mineral absorption to brain health.  You could get lost in research but the important thing is that he can actually feel the difference.  When he takes it at least once a day, consistently, he feels better.  If he's going to have a huge meal or junk take out food, I give him an extra prior to eating.  It seems to legitimately help with the digestion.

Cod Liver Oil-  I like Carlson Wild Norwegian Cod Liver Oil gems, Super 1,000mg.  For this one I messaged Will Ramsey, Jim's buddy who built his chopper Legion from scratch as well as the company Faith Forgotten Choppers.  His dad is an amazing orthopedic surgeon (if you want to feel like an underachiever, hang out in that house) and he always has the scoop on what's working best for joints.  Will pointed us in the right direction. Healthy oils have a bunch of benefits and even with balanced training and a healthy diet nothing has helped my minor joint issues more than this stuff.  When I take two, morning and night, I have zero ankle and wrist pain and drastically reduced creaks and crackles.  We can't expect Jim to have the same rave review.  Nothing on earth is going to eliminate a life of smash-mouth football, getting hit by a car, and multiple surgeries including his spine, BUT, it's good stuff.  I try almost everything on myself first so I know it will help on a relative and realistic scale.  Down the gullet it goes.

Dr. Mercola's Astaxanthin- "A powerhouse antioxidant" that can cross through your blood-brain and blood-retinal barriers to help protect your brain, heart, eyes, lungs, muscles, joints, skin, mitochondria, blah, blah, blah.  I love this stuff and especially notice a difference in my skin when I take it.  Oddly enough it helps keep me from getting sunburned when I lapse on the sunscreen.  I double up Jim's dose in time for August football camp because he gets cooked on the field.  Having burnt parts when you're physically helping with drills is a nuisance and a distraction.  That being said, this is definitely where Jim tunes out in boredom, however the pill is really tiny so I have no trouble sneaking it into the tray. 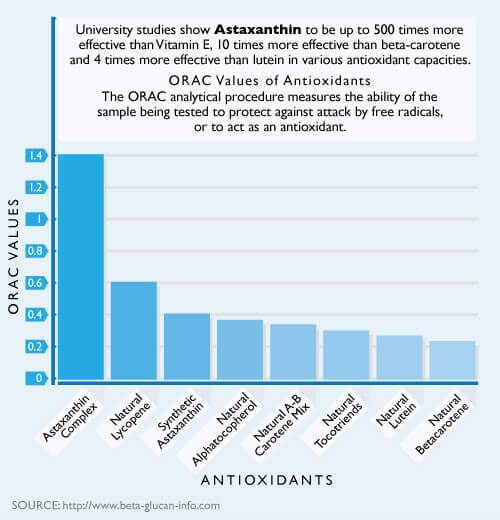 Krill Oil- Also from Dr. Mercola.  Jim likes this stuff. When he takes it consistently he feels a difference in his aches and pains.  In the past he's been the most consistent with this one which is probably why he notices it more.  The pills are smaller so they fit in the typical-sized pill tray which makes planning and consistency easier.  This is not the case with other huge fish oil caps and may just be the reason he can stick with it and get the best results with this kind.  I lean toward the Cod and he leans toward the Krill (heyo).  It doesn't matter because having variety in oils doesn't cost more money.  You just go through each jar slower.  I really like that this particular variety has Astaxanthin in it (just a smaller dose) so it makes a convenient combo when: you're on a budget, the tray hasn't been refilled, you're as disinterested as he is, or you're traveling.

Saw palmetto- According to the google-webernet, saw palmetto is "a species of palm that's packed with health benefits. Promising research shows that saw palmetto may help increase testosterone levels, improve prostate health, reduce inflammation, prevent hair loss, and enhance urinary tract function."
I know the stats regarding men and prostate cancer aren't awesome.  I don't have a prostate. But the great Louie Simmons told me in a quick but candid anecdote shared over brown bread at the Outback, precisely why it's at the top of his list.  So...thanks?

Definitely thanks.  You can always count on Lou to be memorable.
Basic Multi Vitamin- I'm not terribly convinced that these work but it's very affordable and could potentially cover some minor deficiencies so what the hell.  I picked up the most recent bottles (his and hers) from Walmart.  I don't recall the brand and I have no problems trying different kinds or not taking them at all when it's not pandemic season. Forget getting him to take a fancy liquid vitamin for the long term (or short).
Zinc/Magnesium- It doesn't pop up first in his mind when he's asked about supplements but he takes it religiously before bed each night.  ZMA from Biotest is a great product but since the bottle stays on his bedside table I don't always know when it's low. When we inevitably run out, one of us will get it locally on the quick because he doesn't like to skip even a night.  I take it as well but he actually rations this one out to me and portions me out a smaller dose or I have crazy dreams.
Does Wendler do a Pre, Peri or Post Workout? Actually yes, but not much.

Pre-workout- He will take some kind of caffeine in the form of a basic pre-workout drink of which he is not opposed to trying various kinds or just downing a 5 Hour Energy shot (sometimes just half).  He's big on adding creatine to whatever he drinks prior to lifting so it would be added to the pre-workout mix or just stirred into water if he goes the 5hr route.  The creatine for him is really about health.  He did a lot of research with the football players in mind and read about its extensive benefits for the brain and he was sold.  Creatine is affordable, readily available and easy to get down.
Peri-workout- No peri-potion at this time.  His training sessions are shorter but more frequent so he doesn't feel the need.  However we both have used Plazma by Biotest in the past and liked it.  He also used it a few years ago with the football players that played both ways the whole game.  The players called it "Tigers Blood" because they used the red flavor.  They loved it and noted feeling significantly less fatigued. Personally I remember being able to do more each training session and get less sore afterwards.  Jim really liked getting them pre-made and delivered as it eliminated the  fuss of... stirring.  People respond to these types of products differently and you just need to try things for yourself.  Don't waste too much time perusing online supplement rants. Post-workout  If Wendler gets his way it's definitely Taco Bell. It's been his favorite post workout meal for at least a decade.  Not sure how long the Baha Blast drink has been around but that's part of the deal as well.

Anything else right now is not really in the rotation.  He's written about taking high doses of Vitamin C in phases of football and training that caused him a great deal of soreness.  He swore by it then and likely still does.  As of late, he puts more effort into stretching and training frequency so that's a non-issue.

We did the apple cider vinegar thing for a while but however you church up the process it's still nasty tasting and we clearly weren't compelled to do it forever.

We've done Vitamin D in the winters...the B's and its various complexes...but what's listed is current (and could change at any time).  I take a few other things and our son has his own simple routine but that's it for the big guy.

Always keep in mind if you're not eating well, sleeping enough, or getting regular activity, you're going to feel like holy hell regardless of your tackle box of pills.  It just doesn't go like that.  If it did, rich people would all look and feel awesome.  Spend the money after you've invested in yourself and actually build the habits to make it worthwhile.  Also, I'm not sure how many times I used the word "consistently" in this post but I hope it was a lot.  No need to read between the lines on that one.